Here is my December block for my Hop to it Quilt. It reminds me of Poinsettias. It was a tough block. With the holidays ---I count myself lucky to get it completed. I found clearance fabric to use on the borders. I can’t wait to get them started. We have two more blocks in this BOM project with Mary and Sue. I have gotten tons better at appliqué working through it. I have grown at choosing my own fabrics and colors. The biggest bonus is the friendship I have built with two great quilters.


I completed the binding on a piece last night. I have a quilt on my frame. I have blocks on the side of my sewing machine. So whether it’s handwork, piecing, or machine quilting, I’m set. With family close by for the holidays, I have done very little quilting. There will always be quilting--- having family close is a luxury.

We played this game with family over the Holidays.  The more people the better--- I highly recommend it for laughter....
My Mom and Mother-in-law hooked with special quilting stuff for Christmas. I want to make every project in this book.

The tree is coming down today. We have an evening with friends planned for tonight, but I guarantee we will be home before midnight. In my book---there’s nothing better than being home at the stroke of midnight at the beginning of a brand new year.

We’re getting all settled in for winter--- but remembering we are gaining about one minute of daylight a day at this point in the season. Soups for supper, Mittens in your coat pockets, that blanket and flashlight stashed in the Jeep for emergencies (a couple of quilt patterns in your purse in case you get held up somewhere). Life is about living—it’s what you make it. Not everyone lives in sunny 70 degree weather… but that doesn’t mean you stop living.

Resolutions for the new year--- Keeping it simple. Hoping for Lifestyle changes, not trendy ones. Daily exercise, eating balanced, reading more—less computer time and television, and of course Quilting….

Here’s hoping everyone in the New year can find ways to be grateful in all things…..

Merry Christmas from our family to yours.....
Posted by Melanie at 6:28 AM 3 comments:

Both of my kids are home-- bliss.... We've been cramming 6 months' worth of fun in the past 48 hours.
Here's a snapshot of them coming in from ice fishing.....

Last minute sewing is complete.  I didn't get half the projects complete that I dreamed over...but does a quilter ever really finish "it all"﻿...
Sue sent me a surprise package-- a quilter's Christmas ornament.

That's a bird nest next to it.  I have about a dozen of them on my tree.
Michigan Christmas' are definitely filled with the Snowmen from her as well:

Here is s snapshot of our Mantle this year.  I made the wreath to fit on the window frame:

Mary knows the luxury of DMC floss and sent me a pin cushion and thread with the tiniest of stitches:

We're having our big Christmas dinner today -- Steak and Shrimp-- We're sharing the kids with Chelsey's boyfriend's family tomorrow  (a growth moment for me)We've have church and and presents to open tonight...

Gratitudes:
Safe travel for Family
Having those I love close
Health and a Home with a warm fire
Snow falling for Christmas
Posted by Melanie at 7:53 AM 12 comments:

It all started with this apron.. Chelsey is running with a group of girls that do Pinterest.  When I saw the apron I decided to make them for Chelsey and three of her friends.  I pictured a cute hawaiian print or a plaid--- Walmart was my first thought.  At walmart the shirts were still $16.00  each--- for something I didn't even know that would turn out. So off to Good Will I marched. Not a ton of options, but I found these

Think about it.. a man's dress shirt really doesn't get worn out. They get rid of them most of the time.
Each shirt became an apron:

Then I added a cookie mix.  Next trip to the store I found cookie cutters.  Then I found a spatuala for each-- the same color as their aprons.  Oh and recipe cards.... I had to get these wrapped and in the mail because I kept adding and adding... So much fun.

I did a sunday school craft that required mittens.  I don't knit and couldn't find any mittens so I found a $3.00 American Eagle Sweater at Good Will .

I cutt out pieces.
And created mittens for little kids:

Our office has an all girl Christmas supper.  You have to bring a ten dollar gift exchange.  No chance to sew, but I stumbled across some great dishes.

They were INCREDIBLY hard to part with... But they went to someone that would appreciate them with a note : Share Christmas with a friend....
My College kids will be home on Thursday. The tree is up.  The packages are wrapped and the stockings are full.
Bring on Christmas.....
Posted by Melanie at 7:51 PM 9 comments:

Ransom and Bruno posing for the Christmas card photo opp.  We almost lost Bruno this fall. I look at this photo and think-- wow, he might not have been in this photo.  Bruno is the pup Chelsey brought home.  She was going through alot-- our whole family was and it was a "coping" thing for her-- for all of us.  We nicknamed him "therapy" because he truly is just  that.  We laugh and say-- She could have brought home a baby-- it was just a pup...life goes on.
I was getting ready to go to my third class.  I brought my suitcase up and Bruno  tucked his tail and went and sat in his box.  Ransom and he were going to the kennel-- doggie camp we call it.  Ransom loves it so I know it's a good place.  Bruno just doesn't like change.  I called Chelsey and told her  that her pup was spoiled just like she was.  I laughed and continued packing.
Chelsey said, " No Mom, something is wrong -- I just know it.  I'm coming home and I'll taking them to the kennel."
"Suit yourself.  I have to go to class. Don's out of town. You can't have pups in your  apartment."
I finished packing and headed to church.
When I got home, Chels was there.  laughing--- saying , "Mom, maybe he is a little spoiled."  We had lunch and I headed to Madison.
Two hours into the trip, Chelsey called, Hysterical.." Mom, there's something wrong with Bruno you have to come home. Bruno is crying when he has to poop..."
Great -- a constipated Chiwawa/terrier.
"Chelsey-- call the vet.  It's Sunday.  You'll have to leave an emergency message and they will call you back.You can do this."
"Mom, I hate you right now."
She called the vet. They thought she was as ridiculous as me, but agreed to meet her at the office.
They examined him and realized he had swallowed a thread and needle and it had gotten lodged in his rectum.  Yep....They apologized to Chelsey for labelling her as overprotective and removed it and gave him antibiotics and paid meds.  He could have died. It could have punctured his insides. She took Ransom to the kennel and smuggled Bruno to her apartment for 3 days until I got home.
I felt horrible.  But honestly, I probably would not have reacted as quickly as she did.
Lessons for quilters:  Count your needles - wow...
I had been doing the cellphone thing letting Don know what was going on.
"Mel, she knows not to spend 2000 dollars on the pup.  I mean, we love Bruno and all, but there are limits, you know."
"Don, don't go there right now.  Let me deal with it.  It's not the time for that right now."
After everyone's blood pressure went down.  I quietly asked Chelsey about the bill.  I had told her to put it on the credit card.  She said it was $262.00.
I decided texting it to Don was the best way to ease the "ouch" of the bill.
His response texted back to me:
" H e ' s    c o m p l e t e l y    w o r t h    i t. . . "
I smiled.
Posted by Melanie at 7:13 AM 12 comments:

Tucking away the fall decorations is complete.  I always laugh.  The table starts out with the quilt and candles.  It seems like everytime I take the pups for a run I bring leaves back.  Those aren't plastic. They're the real deal.  By Thanksgiving you just about have to rake the table it's so full of leaves...but they are beautiful.
I've been out of pocket-- But I completed the last of my four classes in Madison.  I am now certified in Supply Management and Procurement. Yeah, OK.. So what. But It's done and in my book, I had a blast touring quilt shops along the way. I met some great people--- I feel smarter just sitting at the table with some of them. And while I'm not a joiner or outgoing in any sense of the word--- I traveled and walked into those classrooms and didn't crumble...huge for me.

The pumpkin quilts are folded away until next year. I try not to wish time away, but I already look forward to harvest season next year.
Gratitudes:
1. My quilt cabinet
2. My glass of Iced Tea-- always in season, I'm from Louisiana.
3.  Email photos from my kids.
Posted by Melanie at 7:17 PM 6 comments:

Melanie
Upper Peninsula, Michigan, United States
I love anything with a history. My kids are on their own now. We live in the 'Way Up' North. I love to quilt. There's something comforting about making something that keeps others warm, that will last long after you're gone.

Weather in My LIfe 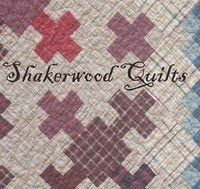